Though the specifics of the legend may vary, it is generally accepted that the name of the marathon originates from the story of Pheidippides. He was an ancient Greek herald. It is said that he ran from Marathon to Sparta (around 150 miles), to request military aid when the Persians landed, and then ran back to the battlefield (another 150 miles). After the battle, in which he had been a combatant, it is said, he ran a further 25 miles, from the battle near Marathon, to Athens, to announce Greek victory in what would become known as the Battle of Marathon (490 BC). His last words were “we have won”. One final announcement, before he collapsed from exhaustion and died.

So, that might seem a little extreme, but twenty-six and a bit miles is still a pretty long way. Especially when you’re running it.

Every runner has their own story. Personal reasons and unique motivations motivations. Their own road to the start line. That means, whether you’re an elite athlete, seasoned club runner, or just someone looking to challenge themselves; running a marathon is about going so much further than the 26 miles of the race.

When you sign up to run a marathon, you are taking your place in history. Completing a feat that as little as 0.17% of the World’s population has accomplished, but following in a long line of impressive and often groundbreaking athletes who have gone before you.

So, how did all this marathon stuff start anyway? ….

The modern 26.2 mile marathon is a relatively new phenomenon, which took its format from the route of the marathon course used at the 1908 London Olympics. That course was a  26 mile route, from the start at Windsor Castle to the royal entrance to the White City Stadium, followed by a lap of the track, with the finish in front of the Royal Box.

Of course, some races predate the standardisation of marathon distancing. Even those still in operation today. The Boston Marathon was established in 1897, just one year after the return of the Marathon, at the first Modern Olympics. The course was around 25 miles long and was won by J.J McDermott in 2 hrs 55 mins. It is said that McDermott lost 9lbs of body-weight while competing in the race.

Until 2020, The Boston Marathon stood as the world’s oldest annual marathon. Unfortunately, due to the COVID – 19 pandemic, the 2020 edition of the race was cancelled, but will return in Autumn 2021, to continue it’s legacy.

In the early years of marathon racing, it was believed impossible that a woman would even be physically capable of completing the race.

That is not to say, of course, that women didn’t run marathons. As early as 1896, Stamatis Rovithi became the first (recorded) woman to run a marathon, when she ran the course designed for the forthcoming Olympics, which ran from Marathon to Athens. A woman named Melpomene even ran the 1896 Olympic Marathon, alongside the racers on the course. Although she was not allowed in the stadium, she finished with a final lap of the outside completing the race in around four and a half hours.

Before 1972, women were prohibited from running in the most high profile race in the world, the Boston Marathon. But that didn’t stop them from trying. In 1966, Roberta Gibb hid in the bushes in the starting area of the race. She sneaked onto the course after the starting gun, and finished in a time of 3:21:25. Gibb said of her achievement

“I hadn’t intended to make a feminist statement I was running against the distance [not men] and I was measuring myself with my own potential.”

The following year, the number 261 was assigned to one K.V. Switzer. Although both race director Will Cloney and official Jock Semple tried to force Kathrine Switzer from the race, or at the very least remove her number, her team mates, and then boyfriend Tom Millar defended her, and she was able to continue with the race. Despite the attacks, Switzer finished the race in 4 hrs 20. Roberta Gibb ran unofficially again that year, finishing in around 3:27:00.

Following the Switzer affair, the rules slowly began to change. On August 31 1971, Australian runner Adrienne Beames became the first women to run a sub-three-hour marathon, in a time of 2:46:30. Then, in 1972, the Boston Marathon was opened to female runners for the first time.

Now, the demographics have changed dramatically, with women accounting for over 30% of Marathon finishes worldwide. 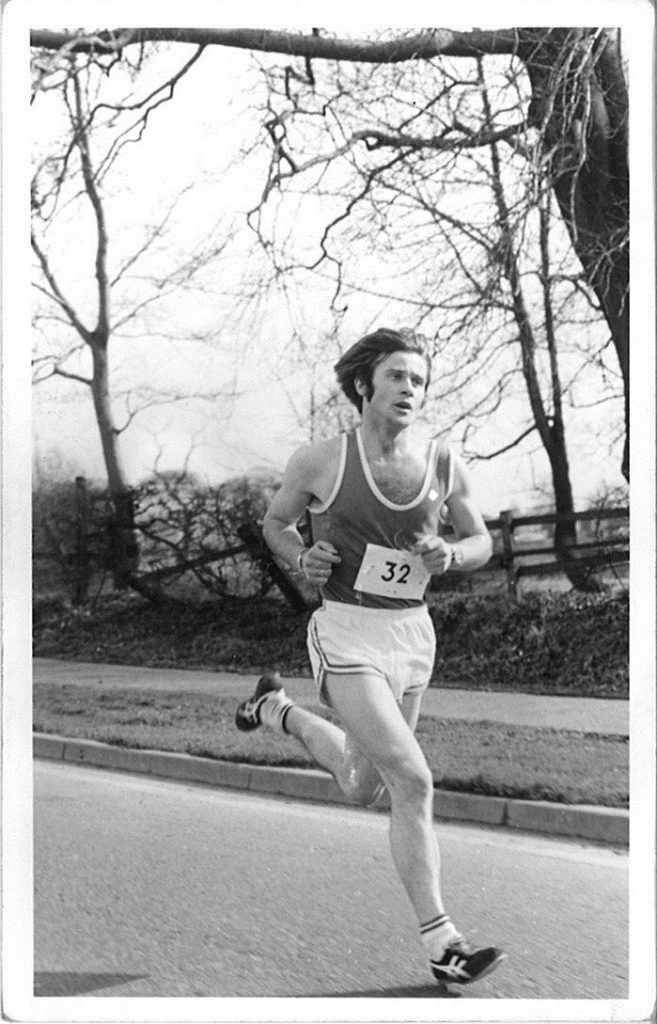 Vince was in the right place at the right time, as the running boom of the 70s was just taking hold. ‘Big City’ marathons started springing up in some of the world’s most iconic cities, such as Chicago and New York. Then, inspired by events around the world, some of Britain’s most famous runners (Chris Brasher, John Disley and Brendan Foster) founded The London Marathon and The Great North Run; events which would grow to be among the most popular mass participation races in the world.

Mass media and easier world wide travel, combined with specialist tour operators, such as Sports Tours International made big international road races more accessible for all. Then, in 2006, a new benchmark was set; the World Marathon Majors was established. A  championship-style competition. The Majors recognises the overall winner of the most high-profile marathon races on the calendar, as well as the result of a large global championship, such as the World Athletics World Championships or the Olympic Games.

Although the Majors are an enormously popular challenge, they are now among the 6 most over subscribed races in the world. Ballot entries have less that a 10 percent chance of success. You can secure ‘Good for Age’ Entries, but these can require participants to run incredibly fast times. For more information on entry into the 6 Marathon Majors see here.

Sports Tours International are proud to offer either entry, accommodation, or combined hotel and entry packages for all of the World Marathon Majors. However, we pride ourselves on offering the widest range of marathon experiences possible. For those who seek adventure, we have a diverse selection of adventure and trail marathons. For families, we offer unforgettable runDisney  Marathon, Half Marathon, and even kids race experiences, so everyone can get in on the fun!

Become Part of the Legend of the Marathon with Sports Tours International this Year!

It’s not too late to take on the most demanding multi-day sportives in cycling🚵. Our entry only packages to the Haute Route Alps, Dolomites and Davos are still available and are cheaper than anywhere else🙌! Book now👇 ow.ly/P3e050KiygY 📸: Haute Route #hauteroute pic.twitter.com/ix30yjSiTZ

☀️The sun has got his hat on☀️. Tag and share with your friends and let's train safely in our running community🌤️🥵🏃. #runningtips #heatwave pic.twitter.com/0gGj04zZJn

Be part of team Sports Tours at the Marmotte, Maratona or Etape in 2023 and benefit from extra feed stations and the support of our reps and mechanics🚴. Guarantee your entry from only £99 with our pre-registration deposit. Be quick⚡ #sportives pic.twitter.com/VYqLqXxIXx

We are incredibly proud to announce our partnership with @WomensRunning – the UK’s leading publication for women who love to run!🏃‍♀️🤝 Our aim is to help more women to take part in the best running events on the planet!🙌 Read more👉 ow.ly/y7Ov50KcAYL #WomensSport pic.twitter.com/FxXXMePrto

If you’ve already completed a 5 or 10k race and are looking for a new challenge, then the Generali Berlin Half Marathon and Paris Half Marathon are great destinations🏃🏅! Get those running shoes laced up today! 🇩🇪🇫🇷 #generaliberlinhalf #semideparis pic.twitter.com/273rE0iLcF